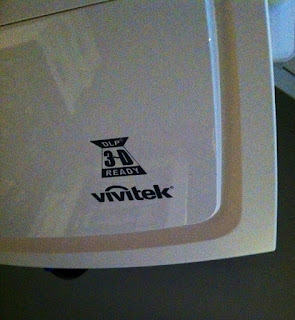 New video projector installed, so I finally have working 3-D in the house.

And by "new projector", I mean I found a great deal on a second hand Vivitek H1186 DLP with low hours and 30 months of warranty left.

Told you I was cheap.

Full report on the projector to follow, but first up will be a review of the 3-D science fiction favorite from 1953: GOG, released on 3-D Blu-ray by Kino Lorber Studio Classics from an astounding film and digital restoration by my friends at the 3-D Film Archive.