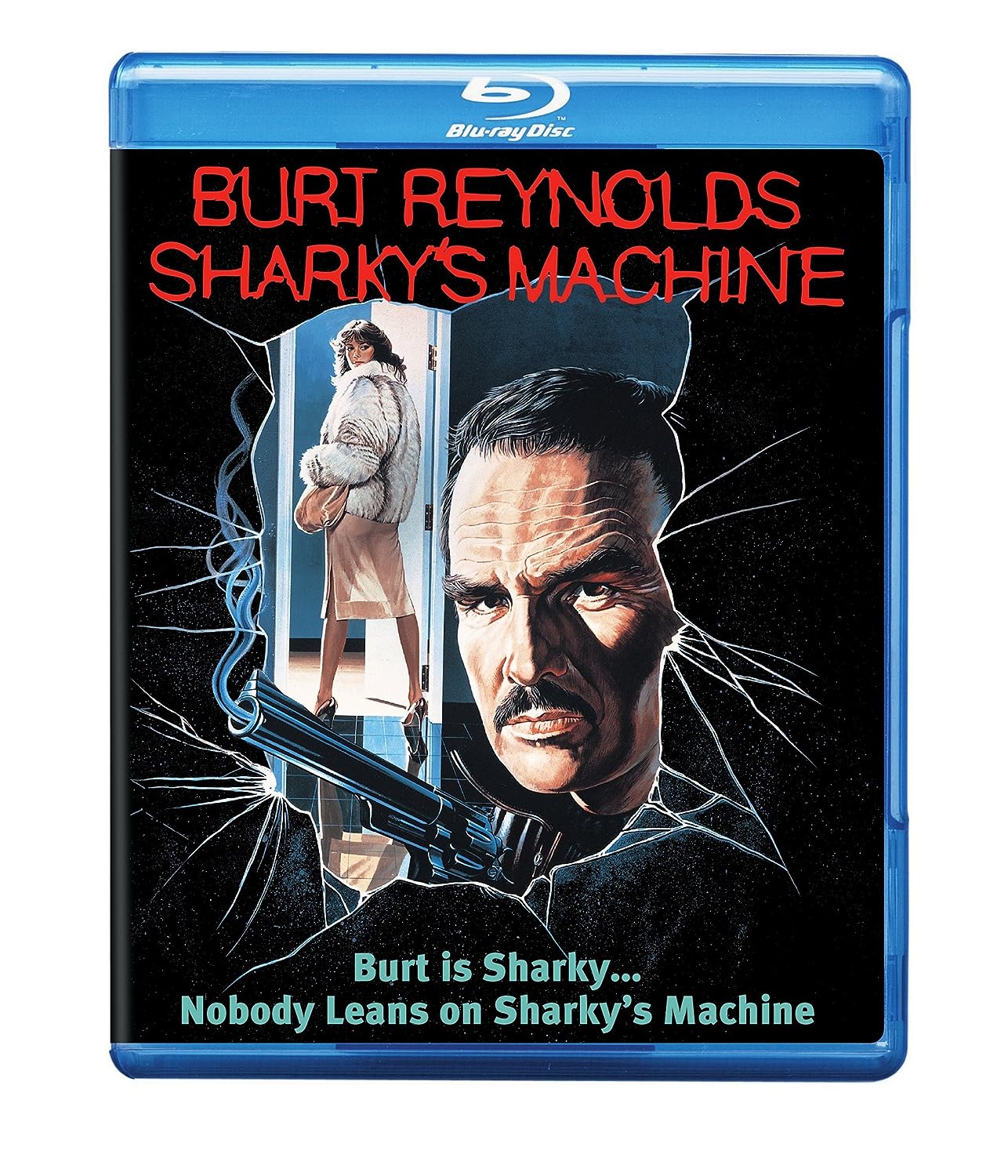 SHARKY'S MACHINE
(1981, directed by Burt Reynolds, written by Gerald Di Pego, based on the novel by William Diehl, Rated R)

(Quick take review)
Excellent long-awaited Blu-ray from Warner of this action film favorite from 1981 that has been treated poorly in the past on video with non-widescreen releases and indifferent audio. This Blu-ray has a near-perfect picture (some excessive film grain is noted in some shots but is likely on the source) and a big, wide, booming surround audio track that bring this gritty story to life. Reynolds directs (arguably his best effort behind the camera) and stars (also his best hairpiece) and acquits himself well. Some unfortunate and forced comedy bits intrude a little (and did Burt direct Charles Durning by simply telling him to yell through every scene?) but are redeemed by a terrific jazz score and a great location shooting (in Atlanta and surrounding areas). Rachel Ward is beautiful and memorable as Dominoe and Henry Silva and Vittorio Gassman are properly sleazy villains; great supporting cast includes Bernie Casey, Brian Keith, Richard Libertini, and Earl Holliman. Highly recommended on Blu-ray, avoid the old DVD at all costs.

Source: Reviewer purchased copy. Portions of this review previously published on Amazon.
Posted by bigscreenclassics at 5/12/2015