The movies in the Warner Archive Instant service are arranged in several categories just like Netflix: Decades, Horror, Musical, TV, etc. Each category is able to be sorted alphabetically or by the date a title was added to the service. The genres are pretty well-defined though a few titles end up oddly placed at times. There are also special curated selections such as "Directed by William Wellman," or "Pre-Code" that are populated with titles that fit. Many HD titles on the service are unlikely to get Blu-ray releases, which makes their availability here a wonderful benefit. I don't think "The Frozen Dead" is a candidate for Blu-ray but it looks great on WAI and it was fun to watch this rather trashy exploitation picture again after many years.


Every couple of weeks a batch of new titles gets added to the site and other titles come down, which makes the Just Added and Leaving Soon categories essential first stops when logging in. What I've noticed in the 18 months I've had the service is that many titles return on a rotating basis so there's little need to worry if you miss a title the first time around. I do wish there were more than 500 titles active - let's hope Warner ups the capacity sooner rather than later,

Warner upgraded the service's apps last year to have a Watchlist function, which was a great addition. One feature that I think would be terrific for them to consider for the Watchlist would be some sort of alert or pop-up that would identify titles that are scheduled to come down shortly.

The search (by title, actor, etc.) works better on the iPad or PC since typing via a keyboard is easier and faster than the clunky searching via the Roku remote and on-screen keyboard. What's great is that changes made to your Watchlist on the iPad app or PC are also reflected in the Roku app. Since I have both devices I use the iPad to search and add and the Roku to watch. 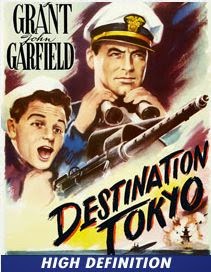 Picture quality via the Roku is 1080p though not every title is actually High Definition, however the genuine HD tiles are clearly marked with a "High Definition" banner (Warner's help section says some titles are 720p, but I don't know if I've ever noticed any). The HD titles look excellent for a streaming service - even blown up to 96" wide on my projection system. They start playing at SD but, depending on your internet speed and quality, ramp up to HD fairly quickly. Comparing them directly to their DVD counterparts shows a clear uptick in picture quality and stability. They fall a little short of actual Blu-ray quality in two areas: there are some banding and compression artifacts present. Titles that are not in HD look about the same as their DVD versions, but with a trace more compression artifacts and instability. Audio is limited to lossy Dolby Digital 2.0 - which is a disappointment - but titles that are in surround stereo are properly flagged to engage Pro Logic Surround decoding and sound pretty good though certainly not as good as uncompressed Blu-ray audio. I'd like to see them upgrade the sound to Dolby Digital Plus and discrete 5.1 at some point. But in the time I've had the service, the image and sound quality has become better so I expect it will continue to evolve and improve as compression algorithms get better. There have been occasional glitches where certain titles refuse to play - they usually get taken down (presumably for re-encoding) and then are added back. And some of the standard definition titles are the same non-remastered versions that are already available on DVD from the Archive, so there's no advantage here,

All titles appear to be in their correct original aspect ratios. The exception seems to be a small group of late-1950s crime exploitation films (such as "Born Reckless" and "The Green-Eyed Blonde") that are presented 4x3 full frame when they clearly should be 1.75 or 1.85 widescreen. Warner needs to be a little more careful here though I suspect that in each of these cases they are using a older standard definition master. Nothing that I've watched in HD has been incorrectly formatted, however.

Each title also has a handy Resume feature, so you can pick up right where you left off. A really interesting function of the Resume is that it remembers the point even if the title has come down from the service and then returns months later. More than once I've selected a title and it says "Resume? 10% watched" having totally forgotten that I started to watch it a few months earlier and never finished.

One important thing I must mention: the service is useless without a solid high speed internet connection. Also you'd want an HDTV with HDMI input. If using the Roku, I suggest a hard-wire Ethernet connection rather than wireless if possible. Also, be aware of any caps or bandwidth charges from your ISP - the same as you would for any streaming service.

In terms of the value of a service that only has a relatively limited amount of titles (though that has grown from just over a hundred a month when it first started to over 500 now) there is little to no title overlap with any other 'free' streaming service. Checking a few random titles shows they are available for paid rental elsewhere (Vudu, iTunes, Amazon, etc.) but not as part of a monthly subscription - you're paying for each as you go. I think the better value is the monthly WAI. It's best to consider it a rental service and if you value movie rentals at around $3 apiece then all you need to do is watch three to four a month to have this service pay for itself. And since the Roku box can also stream hundreds of other channels - including Netflix, Vudu, Amazon, Hulu Plus, Epix, HBO Go, et al - the cost of adding it can be considered negligible.

Best of all - the Warner Archive Instant service has a one month free trial. You can use your PC to watch selections to your heart's content and decide if you want to add a Roku to your entertainment system. I started with the free trial and within two weeks ordered up a Roku box and have never looked back. I suspect you might, too.